In the near future Earth stands on the brink of catastrophe, slowly growing uninhabitable from solar radiation, pollution, and famine.  Governments are crumbling, surrendering control to syndicates and warlords at the edge of these wastelands.  In a secluded research station the U.S. military frantically searches for solutions, meddling with forces they do not yet understand, unaware that their actions will finally topple the world we know into oblivion.  No failsafe could prepare mankind for what is about to happen: an experiment gone horribly wrong, a doorway to another place and perhaps another time opened for the first time in 65 millions of years, and the greatest enemy we have ever known coming through.  What comes of this the earth has never seen before—a creature that will affect and infect everything it touches, and send the future of mankind spiraling out of control.

They call it the Virotech, and in a matter of weeks it scours the planet, becoming part of every creature upon the earth.  A select few find themselves immune, fewer still form a symbiosis with the Virotech, becoming more than human, but billions fall victim, and the dead are the luckiest among them, because the Virotech is evolving, too.  It has become the new god of the wastelands, a myth to most, and a nightmare to those few that have seen it and survived.  It comes and goes as it pleases, absorbing and twisting anything in its path, man and matter alike.  The Big Hunger.

In the maelstrom of energy where the doorway is opened, the Virotech released, and Big Hunger born, one human soul bears witness.  An experiment—a baby, project 1025—survives, and is touched by the many forces in play.  Baby 1025 is chosen as the vessel for this new devil that will now walk the earth, and with the powers of the Virotech harnessed inside his small form the Big Hunger will become his slave.

Amidst the chaos two revolutionaries escape, saving what young innocents they can—they are geneticist ??? and his accomplice Shay Steele, who will chronicle the end of the earth that was.  Among the lives they save is a young girl, the last survivor of seven girls named Jill, who sees other places and other times, but not always the truth.  As Jill Seven grows to womanhood she must learn to not only trust in herself, but in those she is sent out to gather in the wasteland, guided by the enigmatic figure of Father M, who is neither man nor machine, though he looks to be both. 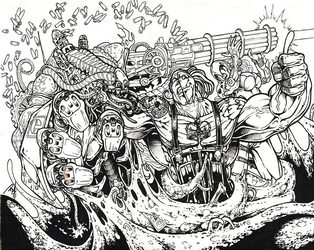 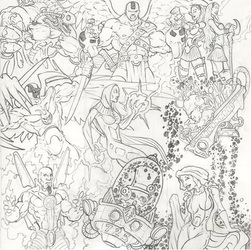 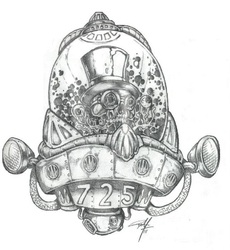 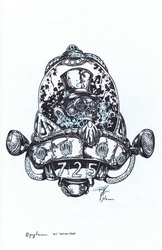 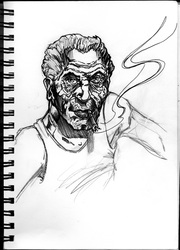 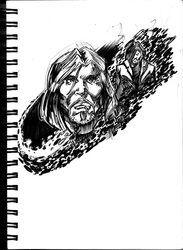 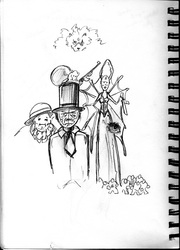 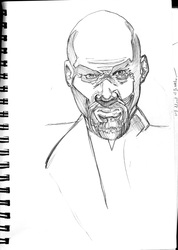 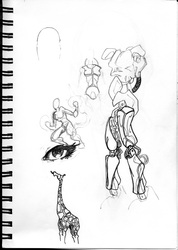 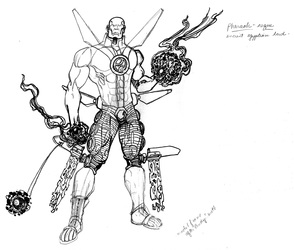 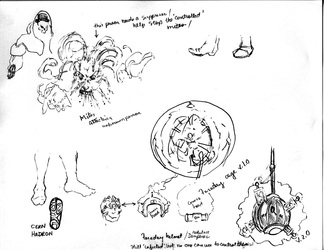 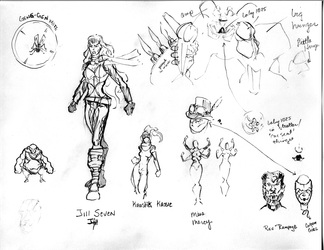 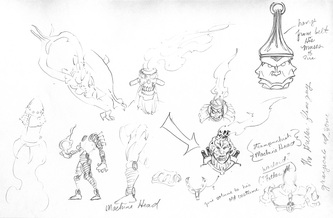 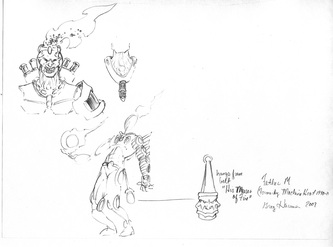 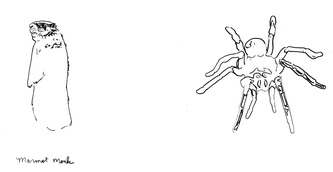 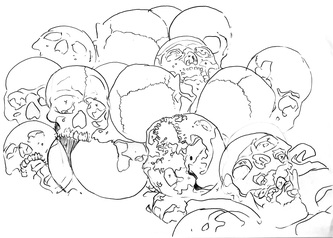 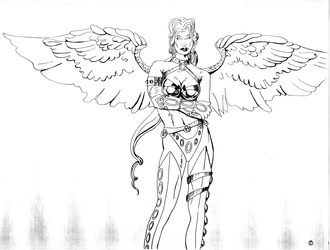